Places You Can Safely Travel Alone

When you’re backpacking a place alone, safety will always be a priority, especially with the scary stories popping out nowadays all around the world. Thankfully, organizations make sure to present a data every year which shows which countries are safe for traveling. Here are our top 5 choices. You shouldn’t just visit them because they’re safe, but because they’re also beautiful destinations. 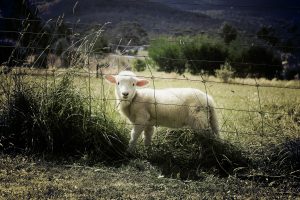 It is the capital city of Denmark and also the largest with a population in the metropolitan area of almost 2 million people. The busy city of Copenhagen boasts its beautiful architecture and renowned shopping. If you visit the city, don’t forget to stop by the goddess Gefjun fountain. It tells the mythological story of the creation of Denmark. You have to go there during the night when the fountain lights up with a blue glow, suggesting to the magic in the Norse religious history.

Tokyo is one of the most colorful cities in the world. In the urban core of the city alone, the city has a population of more than 13 million people. On the other hand, the metropolitan population has almost 36 million. This massive city is a prime destination for tourists and a famous spot for those individuals wanting to teach English abroad. The city is nearly everything a backpacker could ever want in a city culturally and geographically. You can have a taste of both the modern and western cosmopolitan and the natural and ancient side of the city. It is one of the safest cities in the world, and therefore it is highly unlikely for you to experience crime in the city, as long as you don’t act something inappropriate and keep a common sense.

It is the capital city of Canada which is located in Ontario but surrounding Quebec. When you’re backpacking in this multicultural city, you will be able to hear individuals speaking French and English correspondingly. You shouldn’t forget to stop by the ByWard Market, which is one of the oldest in the country and houses more than 50, 000 visitors each weekend. You can shop for local produce and artisan bread and cheeses. They also sell amazing handmade jewelry and clothing.

Auckland is the biggest city in the country of New Zealand, with over 1.4 million inhabitants. This safe traveling destination is popular as the “City of Sails” due to the big number of yachts in its harbor. Don’t forget to check out the amazing beaches and watch the ships sailing. You can enjoy 4 km of perfect white beaches in the Orewa town. After a sunny day, you can relax in the natural thermal springs located at the Waiwera Thermal Resort.

Aside from being the largest city in Finland with more than 1.3 million locals in the metropolitan area, Helsinki is also the capital city. When you visit Helsinki, you can enjoy viewing its beautiful architecture, with various Art Nouveau style structures. In 2012, the city won the World Design Capital.